Insulin is a hormone that is naturally secreted by the pancreas, or more precisely by the cells situated in the islets of Langerhans. Insulin allows glucose (sugar) to enter the body’s cells. The cells use glucose for energy or store it for future use.

In non-diabetic individuals, insulin is secreted continuously. The body produces the necessary amount of insulin based on its needs and the foods eaten. For example, after a meal or snack, the pancreas secretes an additional amount of insulin, which keeps blood glucose levels within normal limits.

In an individual with type 1 diabetes, the pancreas is no longer able to produce insulin. That is why insulin must be injected several times per day to mimic normal pancreatic function.

In an individual with type 2 diabetes, the pancreas still produces some insulin, but the body is not able to use it effectively. Consequently, antidiabetic medication is often needed. Sometimes, insulin injections are also required.

Insulin from the laboratory

The concentration of insulin is expressed in units per cc (1 cc = 1 millilitre). In Canada, there are two concentration available: 100 or 200 units per cc. Insulin concentrations can vary from one country to another. That is why it is important to read the labels carefully if you need to buy insulin when travelling abroad.

In collaboration with: Justine Couturier, Pharmacist 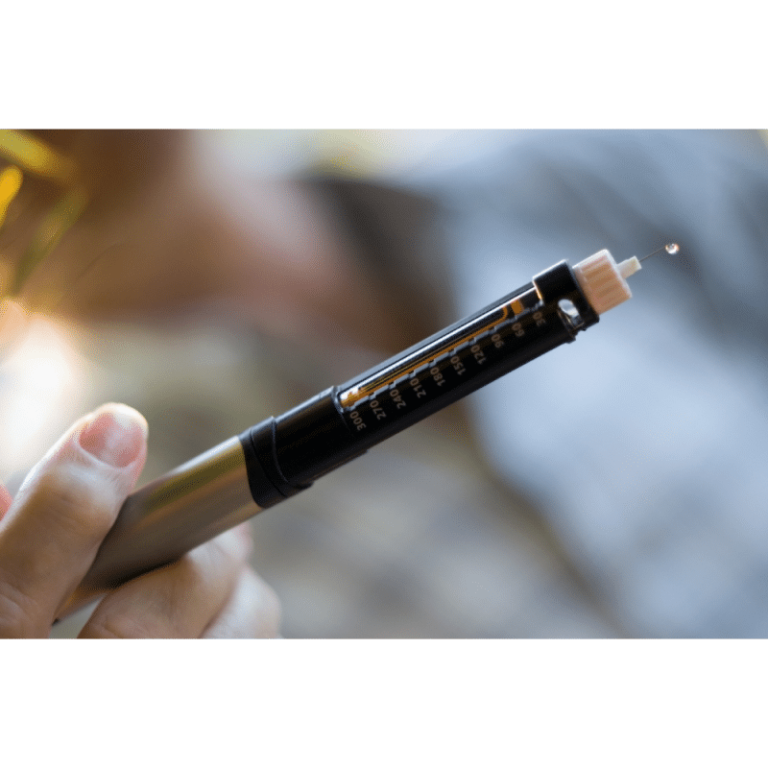 Enter a word and discover the content associated with it.

Do you have questions about diabetes?

Chat with a health care professionals.

Do you have questions about diabetes?
Do you want to take part in our activities?